NALI ‘not going away anytime soon’

SMSF trustees have been urged to start reviewing any potential non-arm’s length expense issues with the outcome of any future government consultation still unclear at this stage. 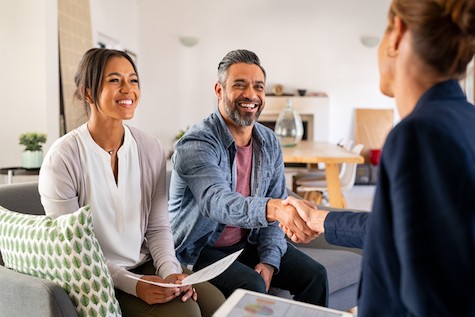 Speaking to SMSF Adviser, BDO partner Shirley Schaefer said SMSF auditors will likely be drawing attention towards potential issues relating to non-arm’s length expenditure of a general nature this year in preparation for the ATO’s compliance relief ceasing on 1 July 2023.

The ATO decided to extend its relief to 1 July 2023 after Senator Jane Hume announced before the election that the government would consult with industry stakeholders about the operation of the NALI provisions.

While Labor supports making changes to the non-arm’s length income (NALI) provisions in order address some of the disproportionate penalties, its still unclear what the final solution will look like, Ms Schaefer noted.

“The problem is that we don’t know where it's going to land. The fundamental principle that transactions should be at arm’s length and on commercial terms is a valid principle, it's just the application [that’s the issue],” she said.

Ms Schaefer said that issues relating to non-arm’s length expenses are likely to become more of a standard point in audit management letters this year.

“Not to say that [the trustee has done something wrong], but just to note that there are related party transactions that the trustees need to review to ensure that they meet all the requirements and point them in the direction of the relevant correspondence,” she explained.

“The ATO won't take compliance action on non-arm's length expenditure for another 12 months, but this is the year to really get it underway. I don't think it's going away anytime soon.”

Speaking on a recent Accountants Daily podcast, superannuation leader at Chartered Accountants Australia and New Zealand (CA ANZ) Tony Negline noted that the industry bodies and associations have all advocated for an approach to non-arm’s length expenses where trustees have the ability to correct unintended mistakes.

The fix might be making good the shortfall in the expense, or deeming the unpaid amount to be a contribution, he said.

“But as long as there’s some sort of corrective mechanism that’s reasonable and not administratively burdensome and costs a fortune to implement at both the ATO level and the fund level, you’d have to be happy about that,” Mr Negline said.

However, it will ultimately be up to the government to decide, he said.

Smarter SMSF chief executive Aaron Dunn said given there has been “uniformity in approach” amongst legal associations, accounting bodies, APRA-regulated funds and SMSFs, he is confident there will be a resolution by the time 1 July 2023 arrives.

Ideally, Mr Dunn said there would be a chance to rectify any arm’s length shortfall amount, as it's being referred to, that arises from an honest or inadvertent error.

“We need to have a proportionate approach to the outcome, because quite clearly, something as trivial as a couple of $100, or a couple of $1,000, could quite clearly have a significant impact where it is a general expenses connected to all of the fund's income. We need some ability to rectify in that type of scenario,” he said speaking at the Smarter SMSF Day.