With single touch payroll making it easier for the ATO to identify unpaid SG, telling clients to wait for the SG amnesty could be a risky move impacting their professional obligations, warns a big four accounting firm. 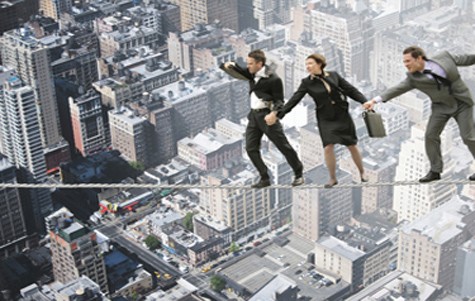 With single touch payroll making it easier for the ATO to identify unpaid SG, telling clients to wait for the SG amnesty could be a risky move impacting their professional obligations, warns a big four accounting firm.

Speaking at a recent conference, PwC director of private clients Liz Westover said while there has been a lot of commentary suggesting that employers should hold off on declaring any unpaid SG obligations until the SG amnesty is passed by Parliament, there are significant risks with this.

Under the proposed SG amnesty, an employer that has an SG shortfall amount in any period from 1 July 1992 up to 31 March 2018 has the ability to claim tax deductions in respect of SG charge payments made and contributions that offset the SG charge to the extent that the charge relates to the SG shortfall. In addition, the administrative component to the SG charge will not apply.

The SG amnesty was meant to apply from 24 May but is yet to be passed as law.

Up until mid last year, Ms Westover said the ATO had a view where if an employer identified that they had made a mistake, they would take a practical compliance approach.

“They would let you quite simply catch up. They would say ‘just make the contributions to super and throw in a bit of interest to compensate for the shortfall’,” Ms Westover told delegates at the CA ANZ National SMSF conference.

“The problem was that, legally speaking, there is no wriggle room for the ATO to be able to apply that approach and so they changed their view and they started having a more hard-line approach around how SG was actually imposed.”

With the SG amnesty not yet passed as law, a lot of employers are wondering what to do, she said.

“[My view is] that I think you have an obligation to pay SG. I think you should be putting your hand up now and declaring yourself to the tax office now,” said Ms Westover.

The worst case scenario, she explained, is that the law applies as it does now and given the fact that the employer has put their hand up and gone to the ATO and admitted the mistake, the likelihood of getting those penalties remitted is high.

“If you get reported to the ATO by an employee, on the other hand, and that instigates audit proceedings, you're going to get the book thrown at you. That means all those implications plus penalties and there is no chance of the amnesty,” she said.

“This is why I think there is a huge risk in waiting at the moment. With single touch payroll coming up, where a lot of reporting is going to be made directly to the tax office, the tax office is going to be able to identify pretty quickly what's been reported to them as contributions,” she said.

“It is going to be a lot easier for the tax office and employees to start identifying when super guarantee is not being paid. If you wait to see if this amnesty goes through and in the meantime, audit activity is initiated against you as an employer, you do not get to use the amnesty and all the provisions that come with it.”

“I think there is a lot of merit and going to the tax office now and as James said it will be considered a voluntary disclosure, and the chance of being able to remit the penalties is pretty high.”