Made in Albania? How globalisation is creating challenges for Chinese policymakers

Is cheap manufacturing starting to move away from China?

Earlier this year I moved with my family from China to California to begin an exciting new chapter of our lives.

This isn't the first time I've lived in the US. I came here in 1997 for my postgraduate program and I stayed in the States for six years. 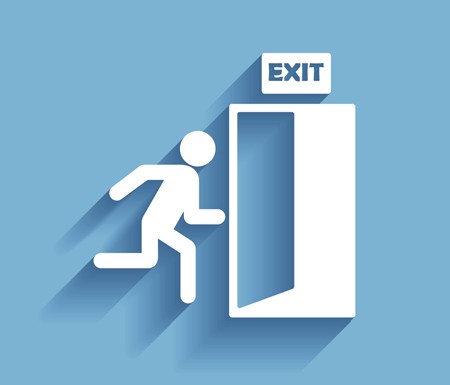 Last time, on visits back home to China, friends and relatives always expected me to bring gifts. Back then as a student I was on a limited budget so I went to places like Wal-Mart but pretty much everything was made in China, particularly after China's accession to the World Trade Organisation in 2001.

It made it a little difficult to buy gifts as people in China asked me why I brought them something all the way from the US that was actually made at home!

But this time around, I've seen country of origin labels from all sorts of places in the shopping malls—not just Vietnam, Indonesia and Sri Lanka but also Latin American countries like the Dominican Republic and even emerging European economies like Albania and Hungary.

So what's happened over the past 20 years?

One key trend is increasing globalisation. As the world's factory, China used to dominate global manufacturing but in recent years we've seen a boom in global trade with supply chains extending to all corners of the world. And as China has become more expensive, manufacturers have looked for ways to lower their costs.

Another trend is technological change. We're all increasingly familiar with self-checkouts at supermarkets. But self-service powered by technology is spreading. I recently went to Washington DC on a work trip and there was no-one at the hotel reception desk at night. I just punched in my details and received the door key—it was all automatic.

Incidentally, if you're interested about the impact of technology on the way we work, I encourage you to ready this fascinating piece by Vanguard Chief Economist Joe Davis about how robots will build better jobs.

Here in the US, these twin drivers of globalisation and technology are combining to reduce pressure on inflation and increase choice for consumers. But back home in China they are creating challenges for policymakers.

Exports have traditionally been a big driver of growth in China. Before the GFC, net exports were about 8% of GDP and that's come right down over the past decade to 2-3%. While this is partly due to the post-GFC weakening in global demand it's also because China is losing its competitiveness in low-end manufacturing.

Over the past 10 years, China's currency has appreciated, and labour and lender costs have risen significantly.

So as the era of cheap labour comes to an end in China, the challenge is for China to move up the value chain, not by making shoes or clothes or lower-end electronics but by building more critical parts of the product.

Look at the way iPhones are put together. China exports iPhones but most of the value-add doesn't happen in China. Instead, China imports the parts from Taiwan and South Korea and assembles them. So China really doesn't gain as much as it could.

While there are encouraging signs, with higher end machinery exports increasing as the share of clothing and textile exports come down, there's more work to do.

China's original transformation from a low income to a middle income economy was powered by cheap labour. But now to escape the middle income trap the key is to innovate and be more creative like neighbours Japan and South Korea.

Looking to the future, protectionism is still a concern as the US renegotiates trade deals. But meanwhile we're likely to see globalisation continue as manufacturers look around for lower costs, depressing global inflation in the medium term and giving central bankers a challenge to reach their targets.

And back in the stores around my new home town in California, it means that next time I go shopping I'm likely to be continue to be spoilt for choice.