The Inspector-General of Taxation has revealed the scope of his review into the way taxpayers pay tax on their business or investment income, following a spate of complaints about the inefficiencies with the current system. 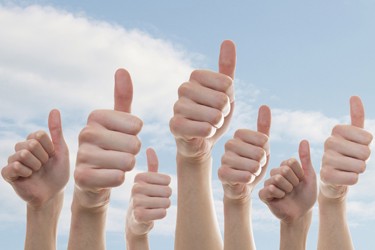 The Inspector-General of Taxation (IGT), Ali Noroozi, announced yesterday terms of reference for his review into the administration of the Pay As You Go (PAYG) instalments system with respect to individual taxpayers.

The PAYG instalments system requires periodic reporting and prepayment of certain tax liabilities. Individual taxpayers reporting $4,000 or more of gross business and/or investment income are automatically entered into the system.

This system has been the subject of widespread complaints from taxpayers, many of which simply didn’t realise they had been automatically entered into it. These taxpayers had subsequently received tax bills they did not expect.

The volume of complaints directed to this area of the tax system suggests the presence of a systemic issue, which the IGT is charged with identifying. Many have called for a complete overhaul of how the system is administered and communicated.

One of the likely reasons for this is “relatively poor communication” from the ATO, according to H&R Block’s tax communications director, Mark Chapman.

“A lot of people had ended up in this system and didn’t realise they were in it, so I think there have been issues around the quality and quantity of the ATO’s communications, as well as just a general lack of understanding that this exists,” Mr Chapman said.

This issue has intensified with the advent of the sharing economy, with taxpayers taking on casual work with services such as Uber.

The IGT’s review will focus on the experience of the PAYG instalments system as it applies to individual taxpayers, which makes up 71 per cent of all taxpayers in this system.

In particular, the IGT’s review will address concerns that individual taxpayers are being unnecessarily entered into the PAYG instalments system due to one-off spikes in income, in a particular income year.

Many taxpayers also experience difficulties in varying instalment amounts or lodgement frequency, making payments or exiting the system, all of which may result in tax debt errors or refund delays, which is a matter the IGT will explore.

Finally, the review will look into concerns that taxpayers are receiving unclear ATO communications and guidance on reporting and payment obligations, including how PAYG instalment debts are applied against income tax return assessments as well as how to vary instalment amounts and reporting frequency requirements.

Submissions to the review are open until 30 April 2017. Following that, the IGT will hand down a report outlining his conclusions and a list of recommendations which will be presented to the ATO.