As artificial intelligence (AI) moves from the realms of fantasy to reality, it brings both opportunities and threats for investors in 2018. 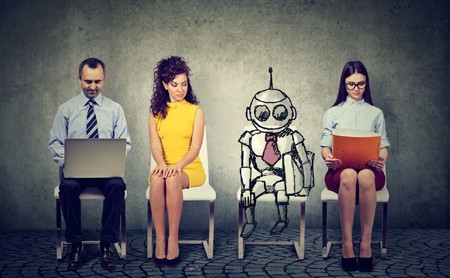 The possibilities of AI were underscored in 2015 when Google’s DeepMind AlphaGo program triumphed over the reigning world champion in Go, a Chinese board game of profound complexity.

This year, DeepMind announced that a new program, AlphaGo Zero, had beaten the original AlphaGo 100 times to nil. Information technology now allows the gathering, storage and analysis of the vast data sets needed to mimic the computational powers of the human brain.

This not only brings hope, but also fears that manual work will be replaced by robots and decision-making by algorithms.

Apple’s newest iPhone provides a commercial example. In 2012, Google algorithms learned to find videos of cats on YouTube. Google’s researchers created a neural network of 16,000 computer processors with one billion connections that achieved 75 per cent accuracy. The machine was never told what a cat was during the training.

Jeff Dean, the Google Fellow who led the study, told The New York Times: “It basically invented the concept of a cat.”

Progress since has been spectacular, and now AI-based face recognition acts as the password to unlock the iPhone X.

An understanding of the underlying technology guides us to where next year’s investment opportunities may occur. Many industries offer great data sets, and if AI can help identify patterns and make better faster decisions it will drive higher sales, cut costs and even save lives.

These developments have opened the door to new opportunities for innovative companies. One example is NVIDIA, a US semiconductor company. Its original business was graphics processors that accelerated 3D graphics, driving the boom in video games. But the chips that power 3D graphics are also able to perform the tasks that drive machine learning.

NVIDIA chips have become key components of machine-learning systems. As a result, sales have increased and the company’s share price has risen more than eight-fold in the past three years.

We are still in the early days of AI growth. If AI can allow businesses to identify valuable data patterns and improve decision-making, there is more incentive to capture and store data.

Tesco, the UK retailer, talks about every part of its retail infrastructure – from carts to tills to shelves – being able to generate and store data. This information can both help control costs and target higher sales through a deeper understanding of individual customers.

The rise of AI is also good news for the semiconductor industry. Demand for memory chips produced by companies such as Samsung Electronics is already robust and growing.

These trends will help sustain this growth.

Companies that own great data sets will benefit from their “asset”, too. Facebook, Amazon and Google have vast amounts of data about their users and are actively investing in AI.

In 2018, we expect investors’ attention to shift to opportunities in more specialist niches, such as healthcare, which can be just as promising. American health insurer United Health has one of the largest data sets in the industry. It monitors the health data of tens of millions of patients, from drug prescriptions to hospital visits.

It is working on detecting early changes in its customers’ health using AI. The company’s management team talks excitedly about being able to predict diabetes long before it develops and to intervene early to help its customers prevent or manage the disease.

AI is also a threat to some existing business models. Algorithms are already effective at answering simple IT questions and providing customer helpdesk support. AI can even review basic legal documents.

Today, these tasks are performed by IT services and business process outsourcing companies. The survivors will be those companies that adapt by automating these activities and shifting their offering towards more value-added services.

The speed of progress in AI has been spectacular. The full impact on industries and societies lies ahead. Already, it has created a lot of value and presents real and material opportunities.

The investment winners of 2018 will be those companies that not only have the right data but also understand how to use it.