100A ruling ‘turns tax avoidance logic on its head’

The ATO’s 100A draft ruling on trusts has turned the logic of “tax avoidance” on its head and may be fundamentally flawed, according to tax law specialist Ron Jorgensen. 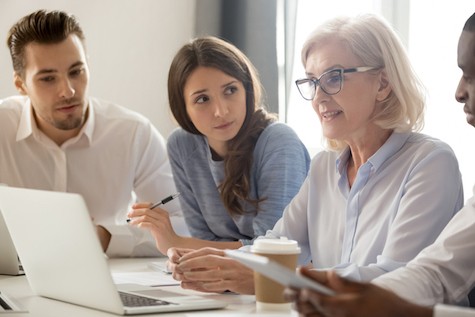 The Thomson Geer specialist said the draft shifted the onus onto taxpayers to show an arrangement was “ordinary family or commercial dealing” rather than follow the landmark case of FCT v Newton, in which the definition works the other way around.

“If the intention was to include the Newton test, then the dichotomy is determine tax avoidance and everything that isn’t tax avoidance is ordinary family or business dealings,” he said.

“What the commissioner has done is followed a few other cases that do start to look at it the other way, on questioning what ordinary family dealings are.

“The Newton case was the drafting standard at the time. And after Newton was the high watermark, our tax avoidance generally worked. So why would when you’re doing a specific anti-avoidance rule, would you choose the inverse?

“If I’m right about that, then the entire paper the Commissioner has written is nonsense.”

But either way, problems remained.

“If I’m wrong about that, then we get into the issue of how do we define ordinary family dealings?” he said.

“Because it is lay term or a non-technical term and the analysis that the Commissioner is doing is looking at the tax avoidance arrangements that have the dichotomy built into it – looking at what was then considered ordinary family dealings in the residual position, and then trying to form a definition for ordinary and family dealings.”

Mr Jorgensen’s comments added to a chorus of disapproval from the tax profession since the 100A draft was released in February.

The ATO is currently assessing submissions on the matter and has talked down accusations that it has broadened the scope of the trusts provision. But Mr Jorgensen said the ATO’s comments only compounded the problem.

“What the commissioner has tried to say, I think, is that the idea behind the provision was to avoid impermissible tax minimisation – so family dealings that are tax-structured. So it has tried to force an interpretation that really does broaden out the power,” he said.

“Then we’ve subsequently had a whole raft of public statements – I think there’s two or three of them now – saying, well, we’ll have to have a look at it, because we think people are misinterpreting how broad the provision really is.

“I think the Commissioner from that point of view has now made interpreting the provisions – the draft – quite difficult. Because he seems to be indicating that it is of less scope than a literal reading would be. It applies to fewer things. And I just don’t know how you get to that point.

“It would seem to me that the government at the time was concerned about tax avoidance – rewriting new tax avoidance provisions in part IVA and all those sorts of things were on the radar – why would you choose a tax minimisation threshold for specific anti-avoidance rule?”

He said the draft achieved trust taxation reform by administration and few taxpayers would be willing to contest it.

“The vast majority of these trusts are being used by middle-class Australia for small business and those sorts of things,” he said.

“And what they’re really doing is taking access to the tax-free threshold of $18,000 per child and maybe some lower threshold rates, marginal rates, but we’re not talking about huge amounts of money per taxpayer.

“Perhaps across the tax base we’re talking about very large amounts of money, if this is pervasive. But because litigation is done on a taxpayer by taxpayer basis, most taxpayers if they’ve got two kids are probably saving tax on $32,000 or $36,000.

“Would you continue to do that, if you have a risk of a piece of litigation is going to cost you a couple of hundred grand? I imagine most taxpayers will just conform.”

But Mr Jorgensen said tax agents would be confronted with difficult situations at the end of the financial year because there were insufficient examples in the draft and a lack of principles to guide them.

“The really conservative thing about just leaving money in the trust each year seems to be within the parameters of the ruling as long as you can show to the tax office that you still intend to call for it,” he said.

“That’s probably going to cover the vast majority of the client base that accountants have. So just keeping working capital in trust to pay off mortgages and things like that seems to be okay.

“The next step is it seems to be ok to discharge amounts to your children, if they’re adults, for actual expenses and things like that.

“But outside those two scenarios, it gets very grey. I get the feeling that most tax practitioners or accountants will just tell the clients not to play in that grey area.”

He said the ATO would have little option but to redraft the ruling.

“I think they have to with the industry response. I think they need to shore up or make it much clearer that there’s egregious elements in this, it’s not your average minimisation arrangements,” he said.