Black economy tip-off calls to the ATO have breached the 15,000 mark in the three months since it launched its new tax integrity centre, with cash payments and income declaration among the biggest gripes. 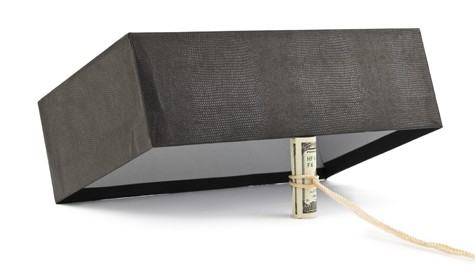 In its first quarter of operation, the tip-off centre has received 15,000 tip-offs, averaging 230 tip-offs a day.

The top categories of tip-offs include not declaring income; demanding cash from customers or paying workers cash in hand; lifestyles not matching a person’s income level; and not reporting sales.

Cafés and restaurants received the most attention, topping the list in terms of the total number of tip-offs received in the first quarter this year.

“We’re hearing loud and clear that people are sick and tired of this kind of dodgy behaviour. Running a small business can be a really tough gig, and when dishonest competitors are cheating the tax system by operating off the books, it’s really unfair and makes it even harder to succeed. It’s also effectively stealing from the community,” said ATO assistant commissioner Peter Holt.

“Regardless of what industry you’re in, if you’re cooking the books, your competitors and workers are probably aware of it. And they’re not hesitating to let us know about it.”

Apart from the hospitality industry, the ATO also received high volumes of tip-offs about black economy behaviour in the hairdressing and beauty, building and construction, and cleaning industries.

While tip-offs are private and can be anonymous, 53 per cent of people who provided a tip-off were happy to provide their contact details to the ATO.

“The fact that more and more people are willingly handing over their contact details when they give us a tip-off goes to show that the community has had enough of this kind of mischief. They want to help us uncover and deal with this behaviour,” Mr Holt said.

“A tip-off from the community could be the missing piece of the puzzle we need to successfully audit or prosecute someone who is illegally operating in the black economy, so we really value and rely on the community letting us know when something doesn’t add up.”